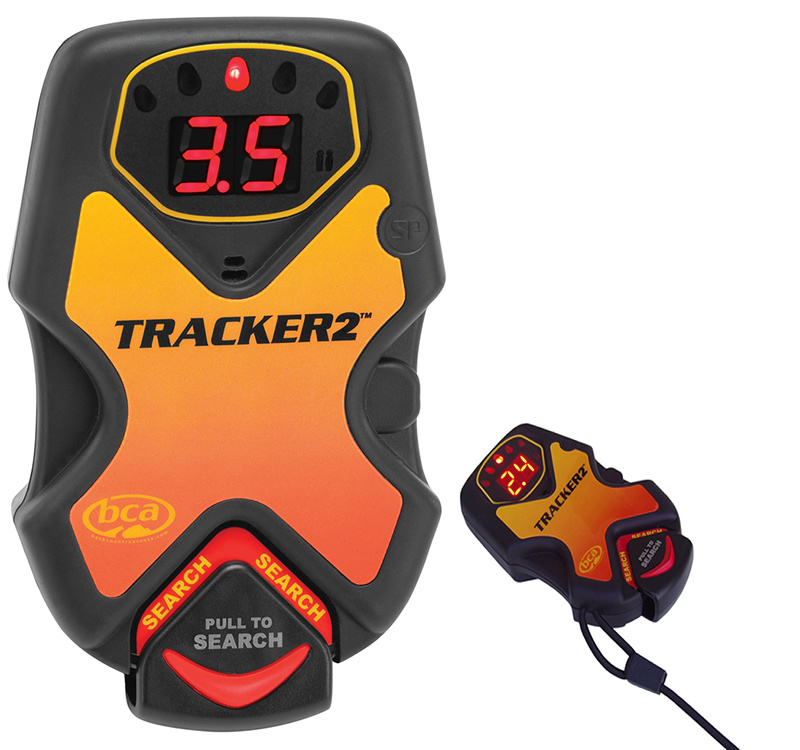 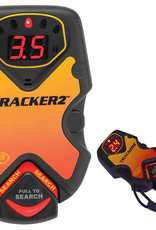 Those who want a fast, easy to use transceiver (just about everyone) with no extra options or modes to worry about
The BCA Tracker 2 is engineered to be as simple as possible. It only has 1 switch and one button. The button is unobtrusive and only for those who know where it is! In making the Tracker 2, BCA stuck to their guns on the usefulness of digital features instead BCA worked on a 3rd antenna to increase distance accuracy and eliminate the spike, making the information update faster which leads to more accurate pinpoint searches and an increase in range whilst still being backwards compatible to drifted analogue beacons.
The BCA Tracker 2 is a fully digital 3 antenna avalanche transceiver.
Ease of Use
BCA's goal was simplicity. Once the transceiver is on there is just one big pull down switch, pull to search, push to transmit, everything else is automatic. BCA have shunned features like digital masking and target selection as their research has shown that all that really counts in the real world is speed and ease of use. The Tracker 2 has replaced the Tracker 1 as the easiest to use transceiver available.
Standard Search Mode
This mode is selected when you pull down the bottom switch. Grid search until you receive a signal. Turn yourself and the Tracker until the red light is in the centre. Walk forward whilst checking that the distance reading is going down. Keep repeating until you get there. If the Tracker 2 detects more than one signal it will lock onto the strongest signal but will light the multiple burial light to alert you that there is more than one signal.
The Tracker 2 has the best pinpoint search that we have tested. The display updates so fast that it is difficult to overshoot in this final stage. Research showed that this was a problem for inexperienced searchers and so was one of the most important refinements from the original tracker.
Special Mode
The Tracker 2 has a special mode which allows the searcher to manually hide a a signal from the transceiver, this can be used during multiple burial searches. However this mode can be confusing to some users and is not selected as standard. In fact the button has been deemphasized from Tracker 1 to 2. It is now a black button on a black background, that's how important BCA think it is to the average user.
Maximum Compatibility
An important feature of both the Tracker 2 and original Tracker, and one that is easy to miss, is that of all the new digital transceivers the Trackers are the most backwards compatible with old analogue transceivers. All digital transceivers will detect a correctly functioning analogue transceiver.
The problem is that many old analogue transceivers especially old Ortovox F1's have drifted outside the industry standard transmitting window. Now I would stress that this is a problem with the old analogue beacons not the new digital beacons, but BCA have decided rather than reduce bandwidth to increase overall range which would exclude these older transceivers (of which there are many) they would leave the range alone and attempt to pick up as many old analogue transceivers as possible.This is quite a technical point but shows that BCA are committed to avalanche safety as a whole and not marketing driven performance figures

Add to wishlist / Add to comparison / Print
By using our website, you agree to the use of cookies. These cookies help us understand how customers arrive at and use our site and help us make improvements. Hide this message More on cookies »